Hello Cherished Otherbeasts! I'm so glad you're joining me. <3 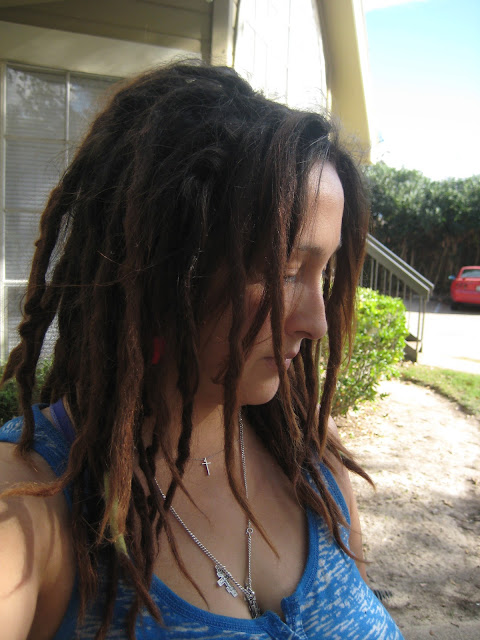 December 1st marked the 6 months anniversary of me having dreadlocks! How time flies, eh? I asked some good friends of mine from Dreadlockssite.com about the wild notion of combing them out or cutting them off and received a very affirmative cry of, " Just wait! " Give them time, etc. Well, I've decided on giving my dreads a whole year to see if I can't live without them. 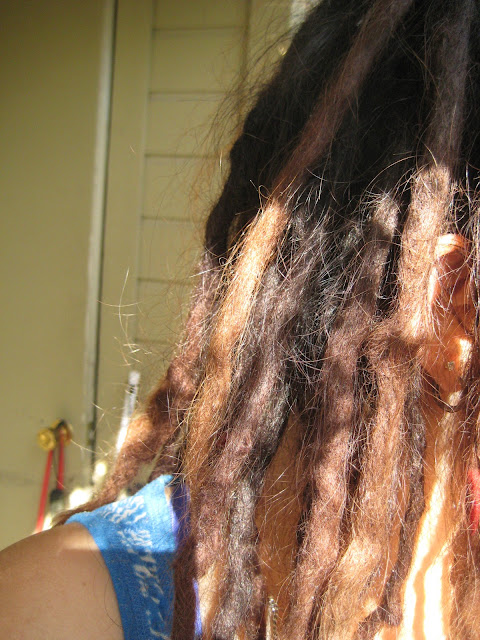 I posted up a blog a while back entitled, "20 Little Unknown Things About Having Dreadlocks," which at the time, I was frustrated with my dreads and thinking about destroying them. Seriously. They were doing some really weird things like turning into S-shapes the entire length of the dread so that it looked like a snake. I honestly called myself Medusa on more than one occasion. 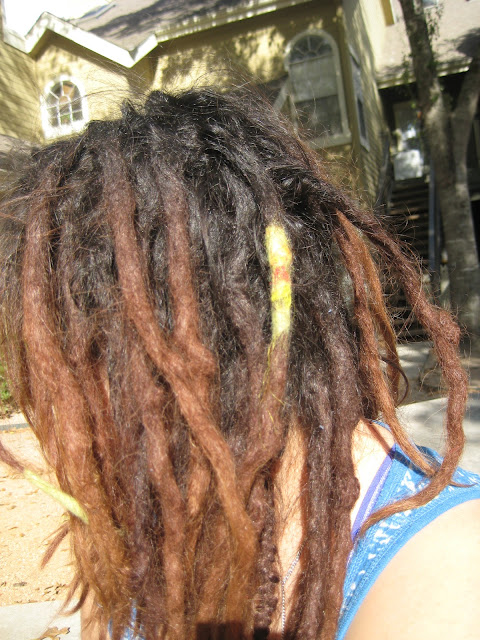 They were also going crazy and losing length; it was like watching a vine shrivel up because it had no water. WTF was happening to my hair? Turns out it's just part of the process: my dreads were (and still are) in the process of maturing - they were tightening up rather quickly - which explains the loss of length, and just now they're starting to relax and give me some length back. Don't get me wrong, I still have several dreadlocks that are wavy as bad 80's perm, but I have faith they'll work themselves out. 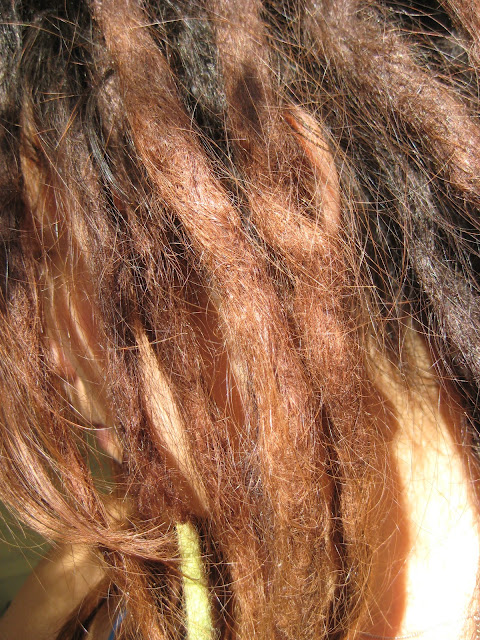 The part I'm really excited about is that they're feeling less scratchy (they felt like Velcro for the longest time) and more like soft cotton rope that I've heard many a dread-head describe. For me that's exciting because it means they won't itch my boyfriend nearly as much when I lay my head on his chest. 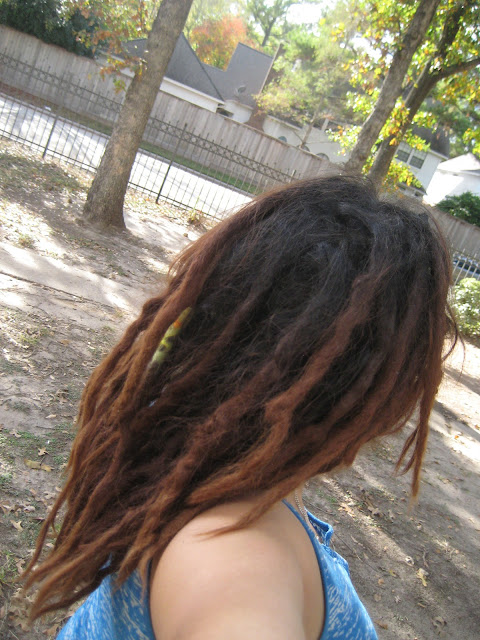 I'd say my biggest benefactor in having my dreads tighten up correctly is by using old school bar soap made by Yardley that only has plant oils, essential oils, and plant fat for lather. I mean, talk about squeaky-clean; that expression never registered until I started washing my hair with a soap that literally has no - and leaves no - chemical residues. That has helped immensely. I suggest going to your local Walgreens, HEB, CVS, Randalls, or wherever and buying an old fashioned bar of natural soap - my friend who used one with lard in it has had extraordinary results - you'll be amazed. 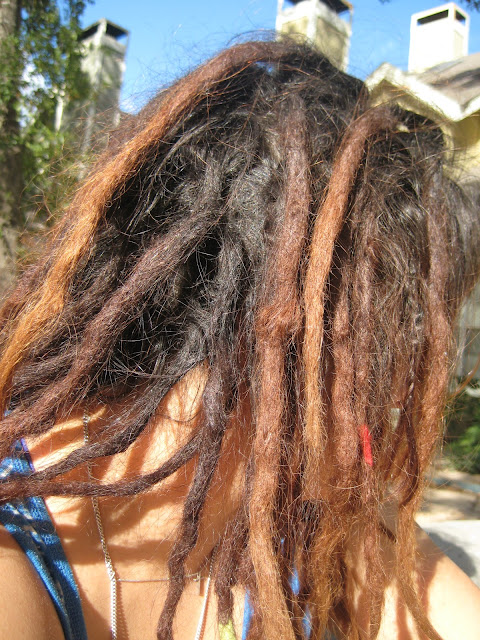 I'm still frustrated with the little loops and bumps that appear near the root of my dreadlocks but it's something I am very slowly learning to overcome and just "let it go." Sometimes. The neat thing I still can't get over is the array of styles you can put these babies into and they'll just stay. You can put your hair in an up-do all without bands, pins, or ouchie things! It's pretty amazing. 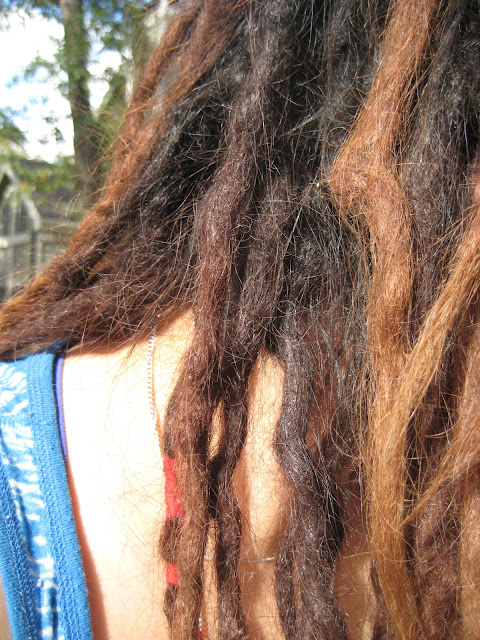 Needless to say, at this particular moment, I don't want to cut them off or comb them out... I'm sort of enjoying seeing what they do naturally... as crazy as that can get. My dreadlocks have even made me chuckle on a few occasions because I'll find one that's just... funky. I mean downright zany, crooked, lumpy, and weird... and it makes me giggle. Others I find are nice, full, soft, thick, and amazing. 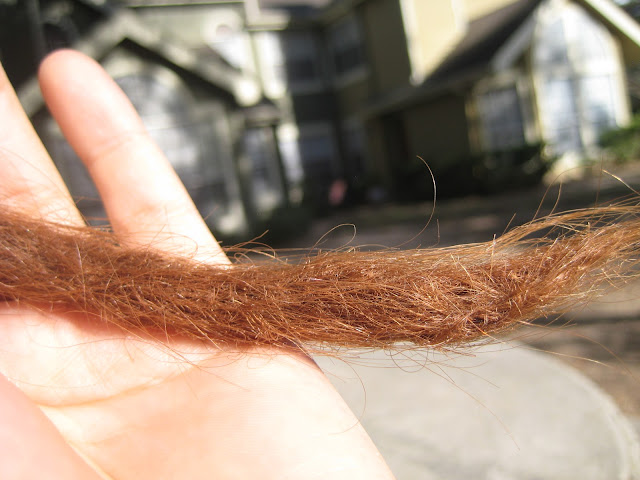 I took out all my "effects." I like saying effects like Captain Jack Sparrow to reference all the beads, silk, baubles, cording, leather, etc, that I adorn my hair with because it's pretty accurate. But I digress, I took out all of the beads (with the exception of some wool roving that I felted in and some red silk that has worked its way into one of my dreads) so that my hair could have a period of "doing whatever it's going to do," plus when dreads are babies beads can cause weak spots, etc. I certainly don't want to wake up one morning and find one of my dreadlocks on my pillow instead of being attached to my head. 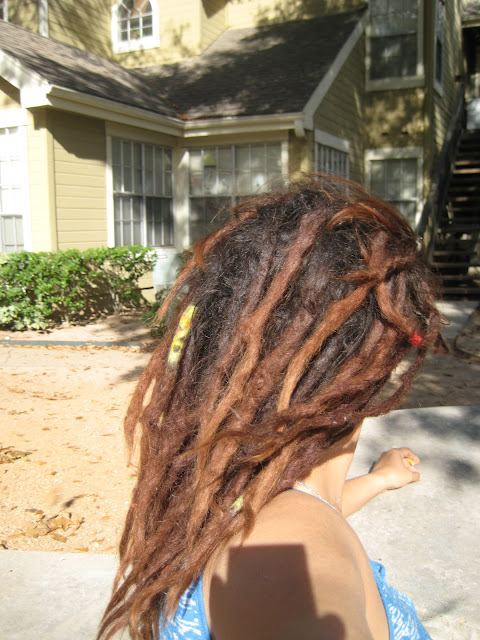 Having dreadlocks for six months has been interesting, to say the least. But the main reason behind me getting them has transformed a bit... originally I wanted to get in touch with my more "primal" side as well as getting to wellness. Well, having dreads has done that and more. I actually, literally, went Primal by eating according to the Primal Blueprint by Mark Sisson. I've lost 15 pounds and 16 inches and I feel better. I also gave up sodas and processed sugars like candy. I started doing yoga regularly. I also had my copper IUD removed. (Foreign objects in my body? No thank you.) My last little vice I need to cut out and cut out quickly is smoking cigarettes. It WILL happen. I'm tired of smoking, tired of the smell, the taste, etc. If I don't quit before January 1st, it will happen that exact day. I'm spending my last year in my twenties getting myself healthier than I ever have been (except maybe when I was born and breastfed). I'm actually quite thankful for my dreadlocks because every time I touch them, see them, feel them, I am reminded of this commitment. Plus my grandfather just passed away on Saturday and it calls into sharp contrast just how short our time on this earth really is. He lived to be 95 years old and I'd like to follow that up. 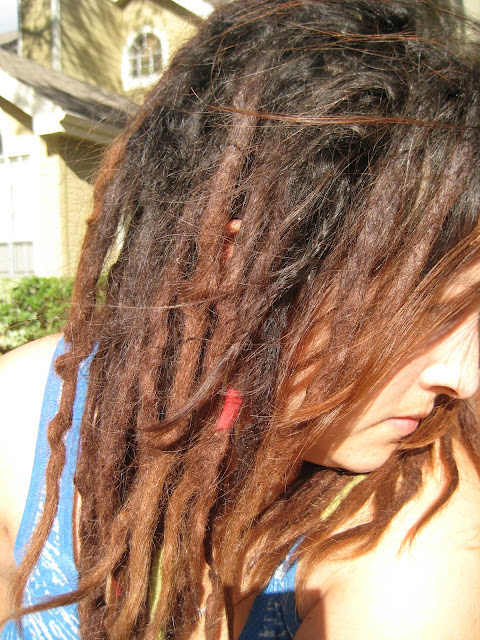 So I'm saying it in front of God, the Universe, and everything else: Come May 8th, 2013 (my 30th birthday) I want to walk out onto the beach in an itty bitty bikini, healthy as the day I was born, declare myself free of any unhealthy habits, and go dunk myself and my dreads in the seawater. 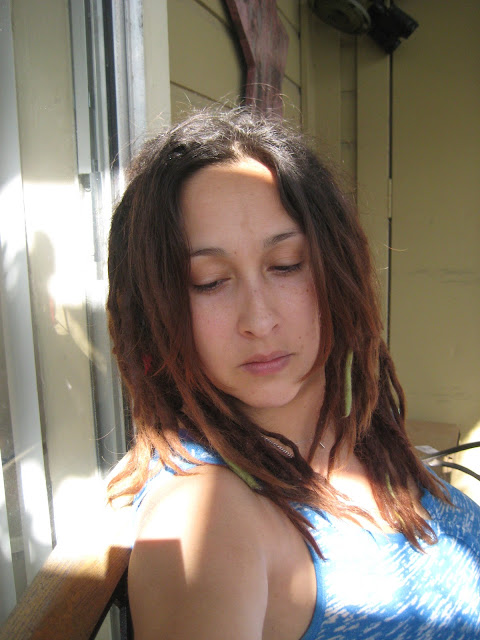 So, that's how my dreads are doing at the six month mark and where I'm at personally. I love you all and I wish you the best of luck in everything you do! I will be updating before the year mark... so stay tuned! 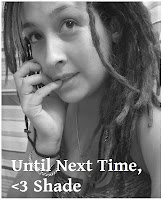 See My Other Blog Posts About Dreadlocks:


you're really enjoying it!


Beautiful! Your dreads look amazing, and you don't look a day over 21