The Best Thing Since Sliced Bread

Shade Of Ashes » Blog » » The Best Thing Since Sliced Bread

Hello my lovely little otherbeasts! Was your weekend a swell one and did you go out and shake the town up? If you didn't, there's always next weekend. Dedicate some time to doing what YOU want to do today and what makes YOU happy. After all, you deserve it. 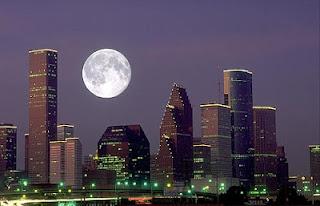 Now then, I know recently some of you were shocked to hear that I dreaded my hair and now have dreadlocks. Let me clear the air a bit by quoting something from a site that I'm going to mention here in this blog, this is the truth about dreadlocks to try and get rid of that nasty stigma attached to having dreads in the first place; most of you are MISINFORMED. 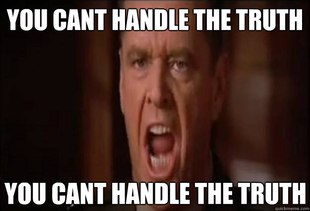 "Dreadlocks are often misunderstood, and have caused much discrimination. Dreads may be thought of as dirty, but dreadlocks must be clean to dread. Often dreads are cleaner then straight hair. Dreadlocks are beautiful, dreads are natural, and dreads are low maintenance - they are care free and spiritual. In today's society, dreadlocks are misunderstood. They are often thought of as dirty, low-class, representing homelessness, drug use, or a desire to be part of another culture. However, the truth is that dreads were often the sign of royalty and holiness throughout history. They predate the Jamaican / Rastafarian culture they are most often associated with today by thousands of years. Dreads were worn by kings and pharaohs, prophets, holy men, gurus, and philosophers since the earliest known times. They were a part of every civilization, religion and culture. Dreadlocks were worn by many figures in the bible as well as famous pharaohs of Egypt; King Tut's dreadlocks still survive to this day." 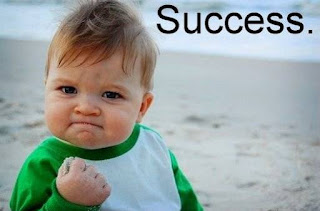 I had the fortunate luck to have a good friend of mine recommend a "Dread Head" site to me. I thought, 'Oh boo, it'll be another site waving around products and asking you to buy them to maintain your dreads. How boring.' Goodie for me that I was wrong. I was dead wrong. When I went to the home page for The Dread Site the first thing I saw was a picture of a man sitting and his dreads were grazing his feet! This guy had dreads for 22 years and the picture was taken when his dreads were only 18. This guy must know exactly what's going on about dreads so the site must be good. Well, good news everyone! 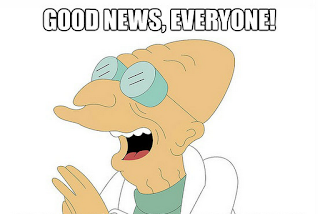 This site is the cat's meow, the bee's knees, it's fab, it's switched on, it's a bit of alright! In other words, and not to sound trite, it's pretty groovy.

Let me tell you, it's the greatest thing since sliced bread. The members are way awesome and easy to talk to. How do I talk to members, you ask? It's not your usual post something, introduce yourself, hope someone responds, etc, ad nauseam. It's a bit like Facebook where it has an in-site chat buddy program thingy. I started talking to people immediately! I was getting tips, conversing like I did when AIM was totally still cool, suggesting things to people when the Head Honcho, The Law, The Owner of The Site, The Soaring Eagle came swooping down and said, "Hi." I was interested that the Main Dude in Charge was singling me out and conversing with me. I had barely begun typing a warm hello when another message came across, "I gotta warn you, you made two huge mistakes." I stared at the screen. That was a heavy message. My first thought was, "I made mistakes?" 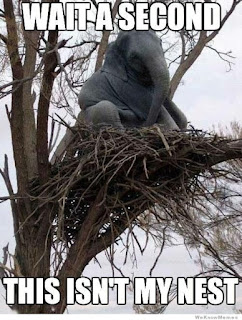 My heart sped up. I erased my original greeting I had typed out. Another message from Soaring Eagle came through and showed up on my screen, "Devastating mistakes." My eyes widened as I thought, "Oh Sh!t! What did I do wrong?!... I made more than one?" 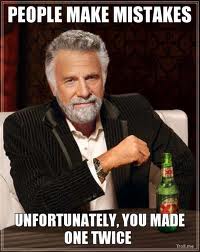 I started running through possibilities in my mind. I hadn't read the chat rules, I hadn't looked over the protocol for engaging on the in-site chat program; maybe I screwed up by suggesting things or somehow had stepped on someone's toes, and now I was going to get banned! My heart was racing. 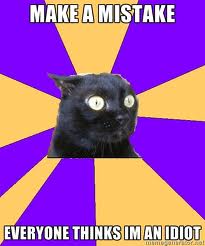 I was in the middle of typing an apology for something I didn't quite understand when his next message came through, "Wax is a dread killer and crocheting is extremely destructive." 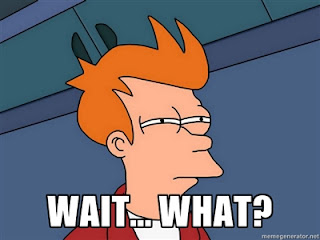 "Wait, what?" I reread it. "My dreads? Oh! My dreads." He was concerned about my dreadlocks. Unbeknownst to me he had read my sign-up information and saw that into the "Products Used" field I had entered "Backcombing, wax, palm rolling, and crocheting." This guy that didn't know me from Eve had read my information and cared enough to immediately contact me about the possible damage I had done to my hair. Wow! I was so relieved I hadn't pissed anyone off. 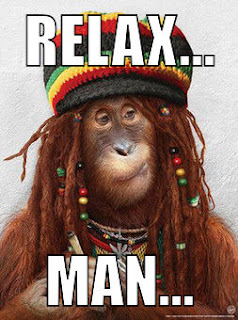 The ensuing conversation consisted of talking about getting the wax out of my hair, making sure it was gone, why wax is bad for your hair , why crocheting is bad for your hair, and what I could do now to maintain them. Basically Dreadlocks 101 . Once we had established that I hadn't ruined my hair or put my health in jeopardy, he relaxed and we started talking about random things and he started telling me about a gathering they had been doing since 1972 out in National Parks nation wide, they even have a mini-movie on how awesome it is for everyone involved. This guy was awesome. 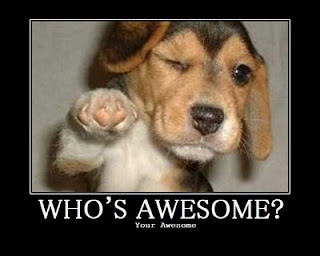 Needless to say, I was - and still am - amazed at how welcoming and laid back everyone in the community is. I was also so impressed by the Site Owner's concern over my dreads and my health concerning my dreads. (Here's a little hint of why wax is bad for your dreads: if it accumulates long enough you can develop mold inside your dreads, which can in turn, lead to dire health consequences.) This amazing man was the guy in the picture with dreads at least five feet long! Somehow I was talking with Soaring Eagle and he was so chill and kind. My Dread Hero for life. If you have dreadlocks and you haven't talked to this man, or have never been to Dreadlocks Site , then my friend, you are missing out big time. This is, in my opinion, the BEST site to visit to learn from, make some dread friends, and really just relax around people. It has a wealth of knowledge and even more people willing to help out and offer methods that may work for you. I've probably visited well over 100+ sites about dreads and this one takes the cake. The cake isn't a lie. 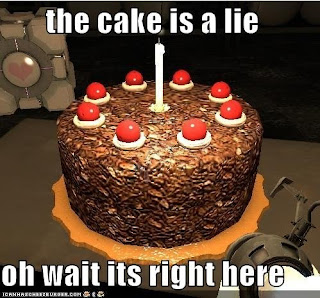 In conclusion, my lovely otherbeasts, regardless of whether or not you have dreads, I wanted to at least share with you about the Gathering that about eleventy billion people attend each year, out in the wilderness, camping, bonfires, singing, dancing, eating, relaxing, having a good time with good people and good nature... heck, it's basically like the Renaissance Festival without the costumes, just really amazing. 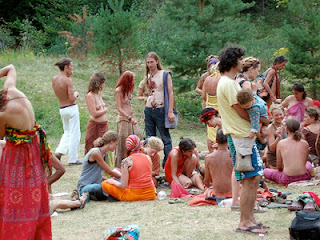 There's no admission and everyone works in the 'community' out in the wilderness for a period of one week up to three months. It's like belonging to a tribe. Amazing. Just go check it out, I promise you won't be disappointed. 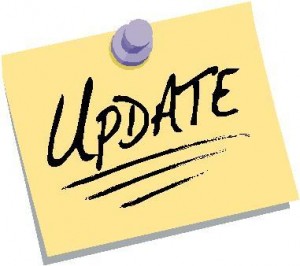 Dreadlock Status Update: My dreads are almost a month old and they're still freakin' awesome! They're in the juvenile phase so they're acting a bit like unruly teenagers and wanting to do their own thing regardless of what I tell them, so I'm just gently coaxing them and letting them settle down. They haven't begun to lock up themselves yet but I know they'll get there. 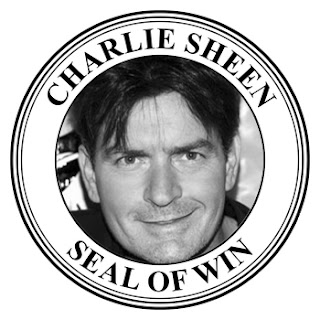 
This was a most enjoyable post. Thank you for this read. Agreed I’m new to the site and to dreads. I did years of reading before finally doing them and I came across this site literally just before making the awful mistaken of letting a pro touch my hair. I’m so glad I did. Wax is grosser than gross, the scalp thing always bothered me and I was trying to figure out why my scalp had to be so exposed. Then I found this site and got all my questions answered & then some. The people are great, Soaring Eagle is such a wonderful amazing person.  Today I’m 3 weeks in. All natural, a few t&r the rest on their own and am enjoying every single day with each discovery and change. What an amazing process. I wouldn’t change a thing.


wow great post! the photos & your humor throughout really made me giggle <3 Glad you found us & that SE was able to give you proper information & you took it all in! Happy to have you here & hope to watch your journey progress over the coming months/years!!!

06/25/12 06:37:27PM @tiffany-burney:
You know you are so right....it is like a big family...i enjoy reading the blogs and learning about everyones journeys and life experiences...i had thought about sharing a pic or two of my girls and my hubby...but I wasn't sure how ppl would react .. And SE you are amazing..


You're more than welcome. Glad to hear it. Aren't the members her great? It's like a little family. Well... Big if you count everyone that is actually a member. Even our long lost members who don't participate much anymore


blush hehe your awesome too


Thanks so much Tara C, I just like to tell it how it is.

SE is awesome indeed. CONRATS Baba Fats! And I noticed you commented on my page in concern over the wax, 1) Thank you for being concerned and actually caring, I really appreciate it, and 2) The wax is all gone, so my dreads and my health are safe.

Everyone here is so awesome!


God this is amazing. SE is awesome

he's always offering help to people (as do a lot of others on this site) and goes out of his way to help people see the damage done to dreads. This is a really brilliant post.


Just plain awesome. Eagle is outstanding and is chock full of info. He really does care. It's a shame that so many don't want to take his advice, but everyone here is always asking for his advice and help.

I can actually say that I did shake the town up this weekend. Got married on saterday. It was a blast.