Hey everyone. Haven't posted in a while. I have a question:So, certain groups of American Indians in the Northeast (Particularly the Great Lakes Region) after marriage, (I think) would shave the sides of their heads.I am starting catch wrestling soon, and while I like my long hair at the moment, I'm thinking that if I have to cut it, I would want to just cut the sides and leave the center long. There were a few old school, Bare knuckle boxers that did this, (except they had short hair in the center) because back then you could grapple when in the clinch, and they didn't want the sides of their heads being tugged on.Hopefully, I won't even have to cut my hair, but I've never taken any grappling before so I'm not sure. My main fear is that I would be negatively culturally appropriating another cultures traditions, and the importance of those traditions I may not understand or I may have no right to do this.So yeah, some thoughts and feedback would be appreciated on whether or not I should be concerned (well it's good to be concerned because that means you care enough to know if you're helping to destroy a culture I guess) or if this is inappropriate, etc.Thanks!
updated by @nolan-plank: 01/13/15 09:52:57PM

Ummm brush your hair and use conditioner? That's what you gotta do if you have long, tangly hair and want to tame it. Believe me, I know.

It's hard to explain. It just doesn't feel right to me. It feels like I have less options. Like if I have long hair, then want to dread it, then I can do that, but if I dread it and then don't want dreadlocks anymore, I have to either comb them out "Ouch!" or cut them. and, I feel like even though they can be easier to manage, they are harder to take care of, because you can't wash your hair whenever you want to, you have to be more careful what you use on your hair (Not that bad of a thing but limits your options you know?)

It just for some reason doesn't feel like something I should do, even though it did before I got these baby ones( which aren't really even dreadlocks I think) to

the beer conditioner from www.buckscountysoapfactory.com probly is the best

finger or comb combing or brushing..

but why dont u want to let it dread

Hey all. So, I decided, after a few months, that for right now, I do not want dreadlocks. Perhaps some other time in my life, but right now, I just want to grow my hair out long and keep it un-dreaded.The problem is that I am lazy as all hell! The only other time I've had long hair, it started dreading, and my hair right now is in little tendrils. While they don't appear to be knotted, they are really stuck together, and I don't want to cut them off. I can separate most of them and pull them apart, but I haven't tried using conditioner yet, which will hopefully do the trick. I use to use Tea Tree Tingle from Trader Joe's. It has no sulfates, but it does have a sodium something in it. Sodium=salt, but, for instance, sodium bicarbonate in soda causes cancer, so I'm unsure if this will be O.K. for my hair, even though it is most likely way safer then, say, dove conditioner or something like that.I also would like some advice on easy ways to keep my hair not dreading? I don't usually comb as it hurts my scalp, but maybe if I comb with my fingers?Again, I don't see any knots, they don't even appear very tangles, they are just....stuck together....Maybe from oil or something? I don't know. but if I try I can separate them mostly except usually towards the end of where it meets my head almost.Thanks!
updated by @nolan-plank: 01/13/15 09:51:24PM

He's got a huge uni-dread now hahaha and it seems like he couldn't be happier.

Thank you everybody for your input!

Hey all. I have a question for anyone that may know. Why did Max Cavalera of sepultura/soulfly decide to grow Dreadlocks? Did he even decide to or did they just happen? I was googling around to find an answer but didn't see one. So I'm leaving this question here in case somebody happens to know. Peace. http://www.google.com/url?sa=i&rct=j&q=max+cavalera&source=images&cd=&docid=rPP3hVI5xt7OkM&tbnid=oiSGUEdLkOXy2M:&ved=0CAUQjRw&url=http%3A%2F%2Floudwire.com%2Fsoulfly-max-cavalera-in-recovery-bells-palsy%2F&ei=ceRMUbP6E-qwiQLk84GYBA&bvm=bv.44158598,d.cGE&psig=AFQjCNGvvOSRERJI4-05O_phBvD4yRW6mg&ust=1364080095967501
updated by @nolan-plank: 01/13/15 09:49:38PM

Wow those are really cool! I have an idea. The cluster dome ones, do you think it would be super hard to get chicken wire, make a hut shape, cover it with my backyard soil/weed mixture, and let it dry?

I think that's what I'm going to do.

i found hundreds of pictures i fell in love with them

thats totaly what im going to do 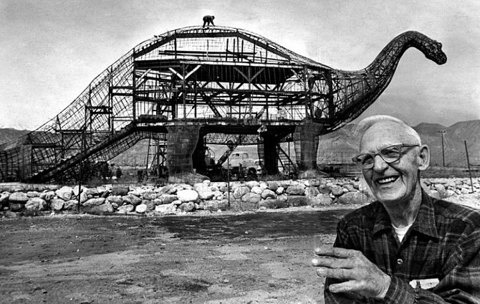 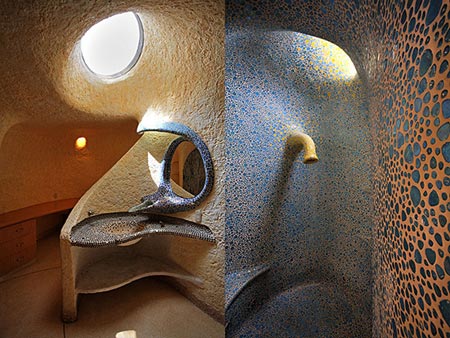 sinks and tubs in 1 of the shel houses

1 of the shell houses

inside the nautilus shell

the other shell again think this is actualy wood but liked it anyway 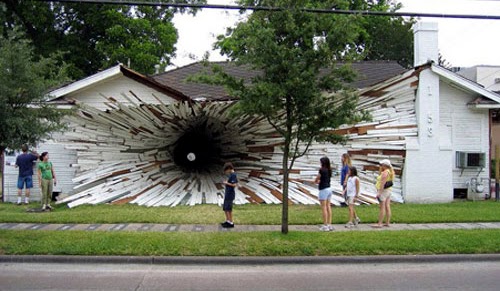 this is a biogas plant made from ferro cement 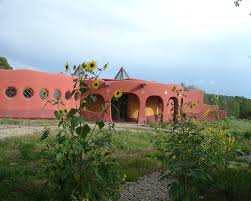 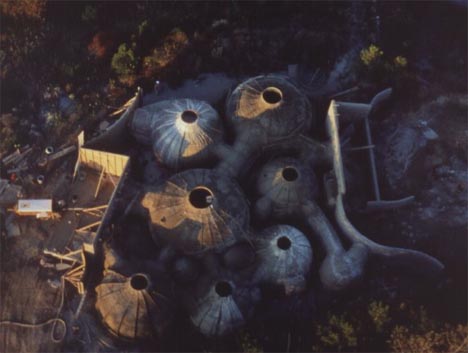 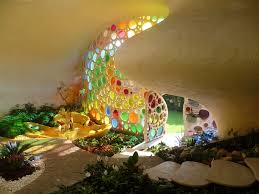 the hills have eyes haha

the more boring ones like this are kits..the frame comes pre assempleds u put it togerher then spray on the ferro 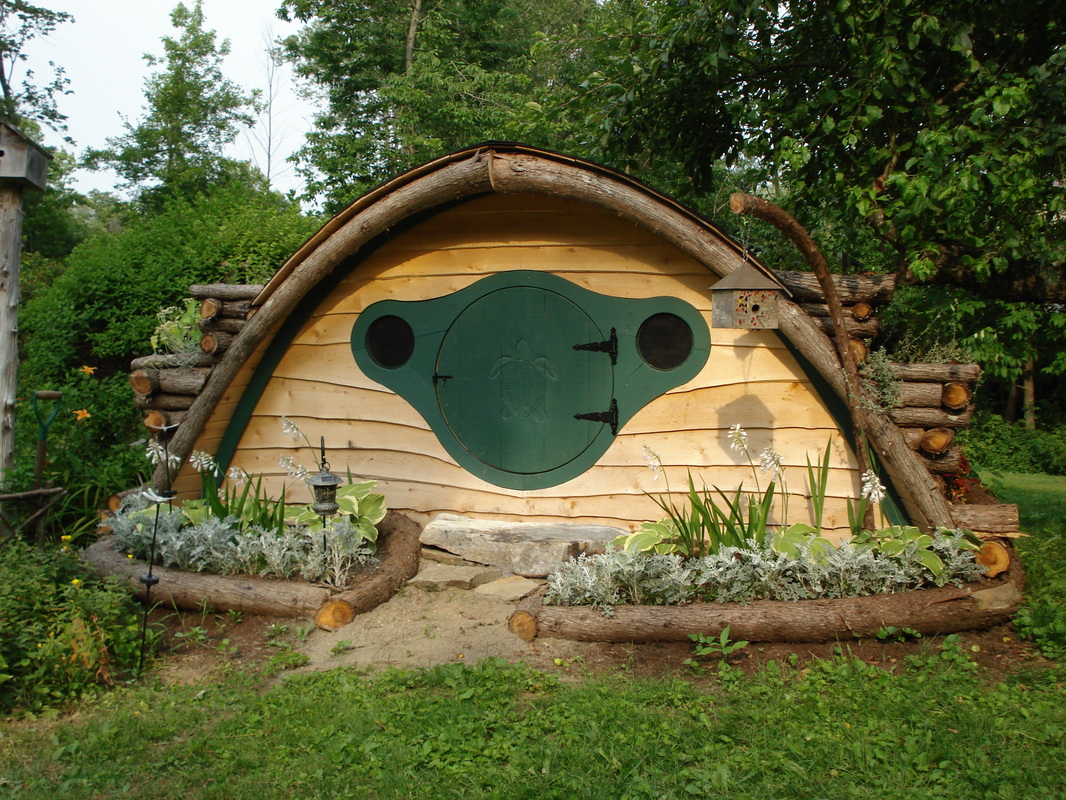 cantt youpicture some rock star or billionao]=ir spending 20 million on this?

boats are made of ferro cement so if you can make a cement boat float why not a floating house? another view of the man eatting house

i would do anything and i mean anything to live there

O.K. I'll look into a tipi. I kinda already understand the concept of how to make a tipi. When I move out I want to make a cobb/mud house from scratch, so that's why I'm looking into that.

So in theory any kind of dirt will work? It ust has to get wet and then dry? I think I need to make a frame.

Not a sweat lodge just a place to sleep outside of the garage and the stones would be on the ground for support haha not above me.

Check out the SAS survival guide , theres a section on how to build shelter, maybe you can improvise something from your imagination. Be careful with the stones though, it could be very dangerous if the collapse in on you.

If you want to make a "sweat lodge" kind of set up, maybe a teepee shape would be better, you would just need some sticks, and can pick up some cheap tarpaulin.

Not a sweat lodge just a place to sleep outside of the garage and the stones would be on the ground for support haha not above me.

Check out the SAS survival guide , theres a section on how to build shelter, maybe you can improvise something from your imagination. Be careful with the stones though, it could be very dangerous if the collapse in on you.

If you want to make a "sweat lodge" kind of set up, maybe a teepee shape would be better, you would just need some sticks, and can pick up some cheap tarpaulin.